A downloadable game for Windows and Linux

Serfs is cross between early RTS classics like "Serf City", "The Settlers 3" and "Cossacks", mixed with modern city building and strategic gameplay elements.

Visit us on our website for more information, press kit & more

Placing different types of buildings and connecting them with paths is an easy to learn process. But as the empire grows, productions become more complex and require more goods and suddenly, the previously empty paths, start to stall and whole productions have to slow down.

The process of detecting weak points, altering and refactoring certain parts of the empire or even relocating whole productions can become very challenging, but the more satisfying if it succeeds and the small village from the beginning starts to grow into a large optimized empire.

Military plays an important role too. Military buildings expand the empire and require garrison to defend incoming attacks.
Military units are fully controllable, they can be moved freely, garrison buildings, adjust their behavior, attack and capture enemy buildings. Furthermore they are expensive to produce and require large productions, which causes the need to expand the empire.

The World of Serfs

Serfs is themed after the High to Late Middle Ages ~13th century. And resembles the world and life these eras define.

Having trouble installing or running the game? Please visit the Forum or Contact us.

Serfs is in alpha state and under development. Not all features are currently fully available. There are possible bugs, glitches and crashes which may break the games experience.

After the purchase you will receive your key.

At first game start you have to enter an email of your choice and the key (Internet connection required).
Now the email and key are required for every further activation.
Once activated the game runs offline too.

In order to download this game you must purchase it at or above the minimum price of $15 USD. You will get access to the following files:

Hey there, I just bought this game however the downloader fails each time and i cannot download?

Any help plese would be great! looks like a really good game and i am looking forwarsd to playing it!

you may try the Google Drive mirror.

Yes sure! Just, please check our video policy first. And it would be nice if you share the video with us :)

Ok thanks, I have checked out the video policy and that's all ok with me, I will defo share the video with you guys when it done, great work on the game by the way, looks really promising!!!!

Any chance for a macOS build as well?

just FYI you can install Linux on your Mac machine as well, it is completely free and very easy to set up. I recommend the POP OS distro if you decide to do it.

Yeah, I know. Its just a pain to jump back and forth between OS'es.

Sorry, at the moment not, as we don't have any mac devices to test.

Looks awesome, I'd love to buy for Linux but the activation is a deal breaker for me.  I hope you will consider removing it.

Sorry to hear that! We won't make it completely DRM free, we may remove the email requirement in the future. And the key will convert to Steam for free, as soon as available.

Away with you vile beggar

Hello! Any plans for Linux support?

Hi, Yes the Linux version will be available soon.

Great, when it is, reach out to me here: https://www.gamingonlinux.com/ 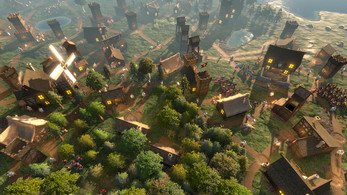 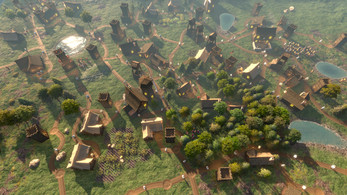 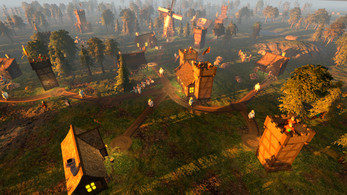 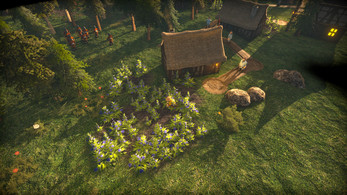